speak the Afrikaans language. Afrikaners are also sometimes referred to as Boers (Afrikaans for farmer) as a significant percentage are descended from cultural Boers, but many Afrikaners now view this as a derogatory term. Afrikaners are mainly descended from northwestern European settlers and religious refugees who lived in the Cape of Good Hope during the period of administration (1652-1795) by the Dutch East India Company and the subsequent period of British rule. The original colony at the Cape was first settled by the Dutch in 1652. The arrival in 1688 of a small group of French Huguenots who were fleeing religious persecution in France infused new blood and swelled the settlers' numbers. Some settlers from other parts of Europe (e.g. Scandinavia and the British Isles) also joined the ranks of the Afrikaners.

themselves as local, i.e. "African", from those who still primarily identified with Europe; it was later used to distinguish between Afrikaans speakers and English speakers among the white population. Its earliest use dates from 1707 but was not widely used until after the Second Anglo-Boer War of the early 20th century. Prior to then, the various white Afrikaans speaking communities were known under different names. A significant number were known as Boers (farmers). The semi-nomadic/migrating farmers of the eastern frontier were known as Trekboers. Those who lived in the western Cape and did not trek eastward were known as the Cape Dutch. The isolated pioneers from the eastern Cape frontier who trekked (migrated into the interior) en masse in a series of migrations later known as the Great Trek (Groote Trek) were known as Voortrekkers (which may be translated as 'forerunners'). A small number of Voortrekkers came from the western Cape as well.

The Boers created independent states in what is now South Africa: the Natalia Republic, the Transvaal Republic (the South African Republic) and the Orange Free State. The British wish to appropriate the gold and diamonds mines in the Boer areas led to the two Boer Wars: The First Boer War (1880-1881) and the Second Boer War (1899-1902), which ended with the inclusion of the Boer areas in the British colonies. The Boers won the first war, but lost the second after being one of the first people in modern times to employ guerilla tactics. One of the first concentration camps in the modern era were built for women, the elderly, and children of the Boers and their black allies. An estimated twenty seven thousand Boer civilians (mainly children under sixteen) died in the concentration camps marking a death of about 15 percent of the local Boer population. About 15,000 black allies died in other concentration camps as well. Following the British annexation of the Boer republics, the creation of the Union of South Africa (1910) went some way towards blurring the division between British settler and Afrikaner. The black majority, however, was excluded from equal participation in the affairs of the State and country, except for the states which were self governed (Qwaqwa, Zululand, Ciskei, Transkei, Venda, Bophutatswana) until 1994, owing first to the British colonial policies and then later to an Afrikaner-led political party's policy of apartheid, (the Afrikaans word for "aparthood" or "separation"), particularly under the National Party from 1948.

In recent years there has been an movement by some Afrikaners to support the mixed race ("coloured") population of South Africa, most of whom speak Afrikaans as their first language, to consider themselves Afrikaners. The Afrikaans word for the coloured people of South Africa and Namibia is "kleurlinge" but sometimes they are called "bruin afrikaners" or "bruinmense", meaning brown people. This has seen some success despite the history of exclusion during the colonial and apartheid eras. However, many Afrikaans-speaking coloureds feel they have developed a separate identity from white Afrikaans speakers due to the strict racial segregation policies of the apartheid years. 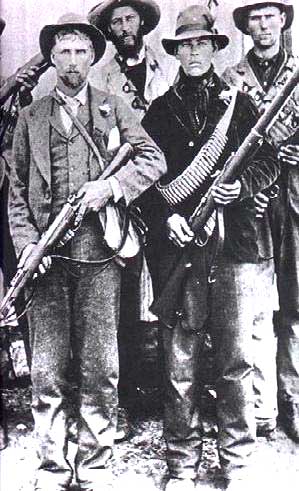 Currently, a number of white Afrikaans-speaking people, mainly with "conservative" political views, prefer to be called "Boers", rather than "Afrikaners". They feel that there were many people of Voortrekker descent who were not co-opted or assimilated into what they see as the Cape-based Afrikaner identity which began emerging after the Second Anglo-Boer War and the subsequent establishment of the Union of South Africa. The supporters of these views feel that the Afrikaner designation (or label) was used from the 1930s onwards as a means of unifying (politically at least) the white Afrikaans speakers of the Western Cape with those of Trekboer and Voortrekker descent (whose ancestors began migrating eastward during the 1690s and throughout the 1700s and later northward during the Great Trek of the 1830s) in the north of South Africa, where the Boer Republics were established. The supporters of the "Boer" designation view the Afrikaner designation as an artificial political label which usurped their history and culture turning "Boer" achievements into "Afrikaner" achievements. They feel that the Western-Cape based Afrikaners — whose ancestors did not trek eastwards or northwards — took advantage of the republican Boers' destitution following the Anglo-Boer War and

This article is licensed under the GNU Free Documentation License. It uses material from the Wikipedia article "Ethiopia".